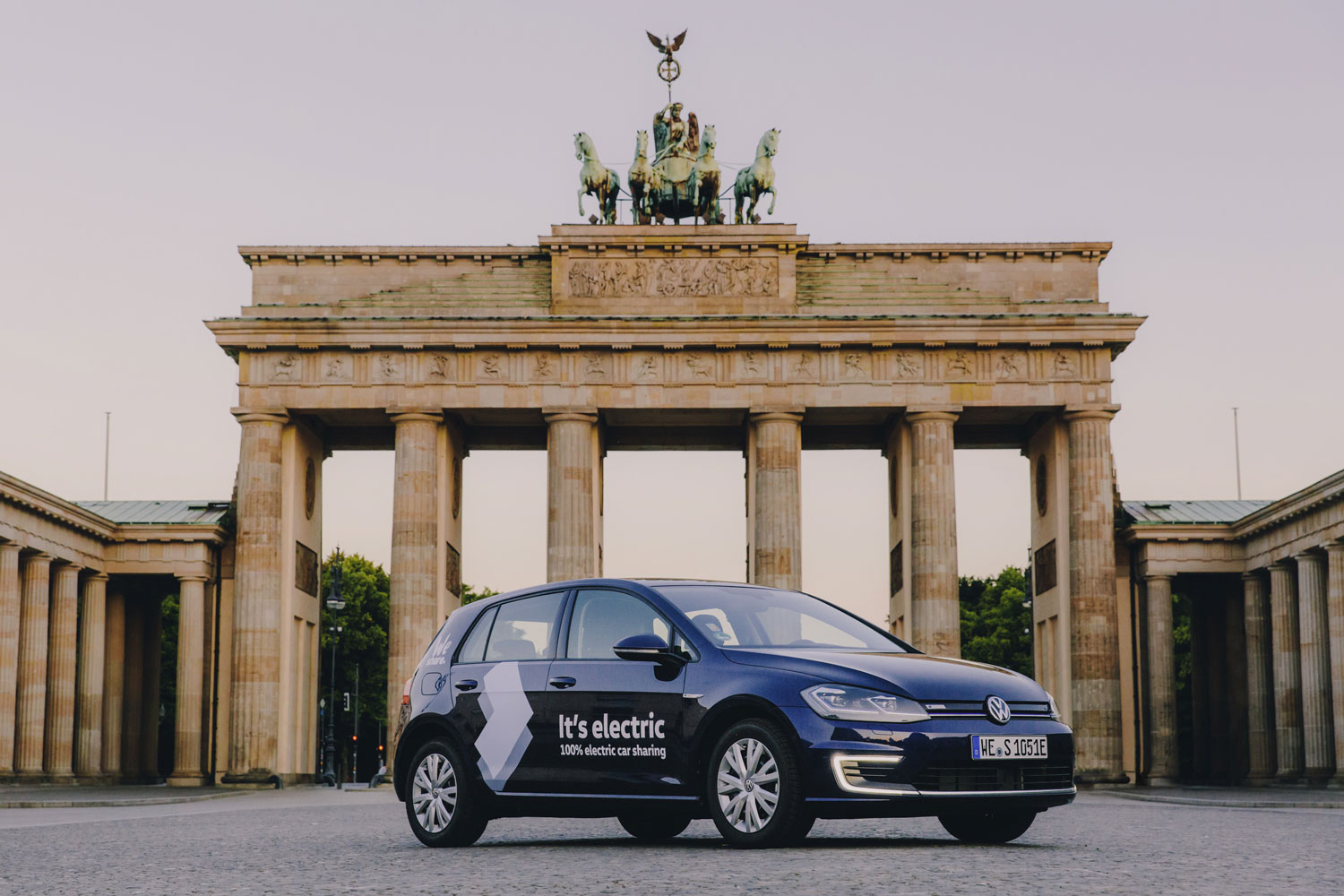 Volkswagen is entering the growing car-sharing sector. WeShare is being launched in Berlin today. With 1,500 e-Golf vehicles, the Volkswagen brand is bringing onto the roads a 100 percent electric fleet and all the vehicles will be operated on green power. They are to be followed by 500 additional e-up! vehicles at the beginning of next year and the first units of Volkswagen’s new full-electric ID.3 when it is introduced in mid-2020. WeShare is a “free-floating” system without rental stations and is operated digitally via an app. An expansion of WeShare, initially to Prague, together with ŠKODA, and then to Hamburg, is planned for 2020.

“With WeShare, we have tailored car sharing to meet the needs of users: easy to use with 100 percent electric operation on green power,” said Christian Senger, Volkswagen Board Member for Digital Car & Services, today in Berlin. “With such a consistent, broad offering, we stand out from the competition. We are outstandingly well-positioned to participate in the expanding car-sharing market.”

Initially, the service area of WeShare will cover about 150 km2 – in the city center and beyond the city train ring line. Later, the area will be extended in line with the expansion of the fleet. Upon the launch of the system, customers can benefit from an attractive tariff of 19 cents per minute. The registration and airport fees will also be waived. From September onwards, tariffs in three categories are to be offered at an average price per minute of 29 cents.

Customers will need to have a smartphone and credit card, to be at least 21 years old, to have held a driving license for at least one year and to be registered at an address in Germany.

WeShare will recharge its fleet on the public charging network in Berlin, including newly created charging points at 70 branches of food retailers Lidl and Kaufland. Volkswagen recently concluded a partnership agreement with these Schwarz Group companies to safeguard the operation of its electric fleet and to forge ahead with the expansion of charging infrastructure in public spaces within the framework of its e-mobility offensive.

Following the launch of the system, the WeShare vehicles will be collected and charged by WeShare service employees when the battery level is low. In later operation, users will receive incentives for recharging vehicles themselves.

“Volkswagen We” pools all the digital services available for people’s own cars and beyond. Services that have already been successfully launched include the Apps We Park, which makes parking even simpler and more convenient, We Experience for personalized recommendations concerning goods or services near to the vehicle or We Deliver, which makes the user’s boot a delivery point for parcel services. Other services which will be available via “Volkswagen We” will include “over the air“ software updates and functions on demand for vehicles.